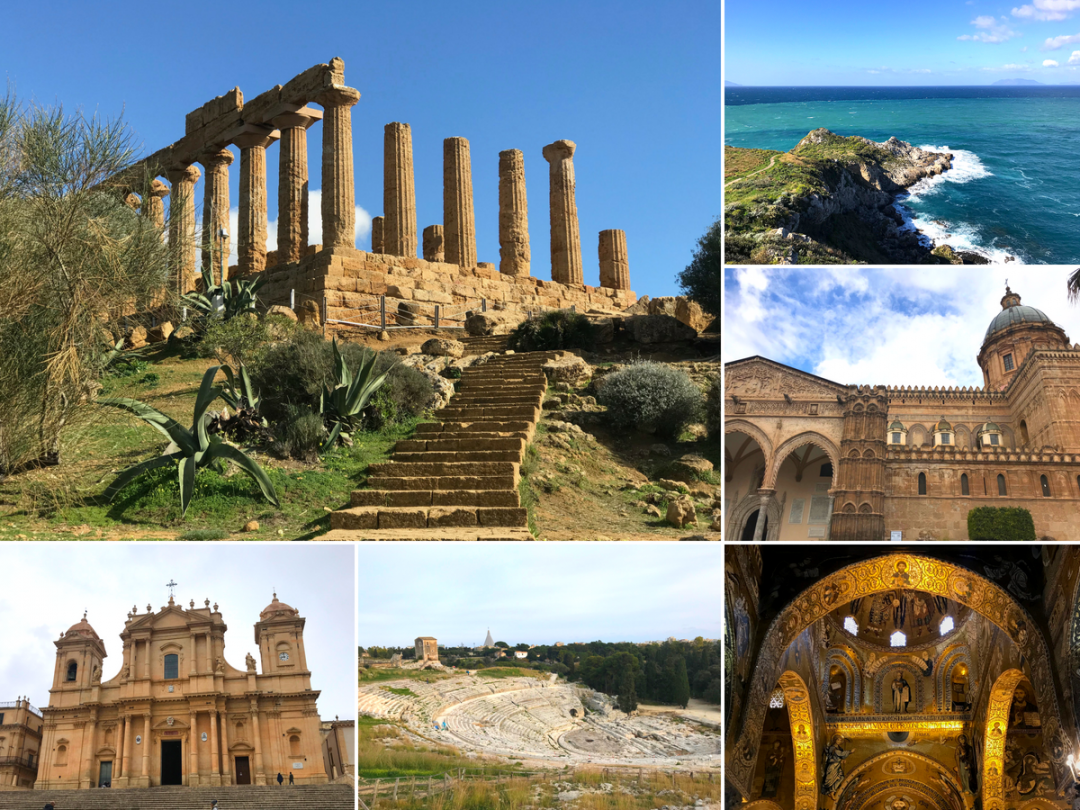 When most people think of Sicily, they think of red wine, olives, and The Godfather. But did you know there are seven Sicilian World Heritage sites? From the awe-inspiring Mount Etna, to the incredible Roman history of Villa Romana del Casale, to the surprising architecture of bustling Palermo. Read on for our guide to Sicily’s World Heritage sites.

Let’s start with the most famous Sicilian World Heritage site – Mount Etna. It’s the largest volcano in Europe, and is almost constantly erupting! We spent a day exploring various areas and heard several (thankfully very minor!) eruptions, plus quite a few smoke plumes. Normally you can get a cable car up to a ridge and then hike a few kilometres to the summit, but that was unavailable to us thanks to a huge blizzard! Instead, we had a great day driving around and hiking with our local guides, Dario and Basilico, who showed us some fantastic spots.

This site is a group of seven volcanic islands, just off the northern coastline of Sicily. Two of the islands are still active volcanoes – Stromboli, and Vulcano. They are erupting almost continuously, and have been an important place of study for volcanologists since the 19th century. Unfortunately this was a difficult visit for us. We had two days planned in the area; on the first day we had perfect weather but extremely bad seas, so we couldn’t take a boat to the islands. The following day we had perfect seas but extremely bad weather! Despite the heavy rain we still managed to visit and climb to the top of Vulcano, smelling the sulphur fumes and seeing the crater for ourselves. The islands themselves looked extremely beautiful in spite of the rain, and we’re both looking forward to returning in future and in better weather!

Syracuse is another UNESCO site in Sicily with a fascinating history. These days it’s among the largest cities on Sicily, but its origins stretch back to 500 BC. It was founded by Greek colonists, and at one stage was almost as important as Athens! There’s a lot of fascinating architecture and history here, making it a real microcosm of Sicilian history. All of the island’s rulers have left their mark: Greeks, Romans, Arabs, Normans, and Italians as well. We had a fantastic time wandering around and exploring the various nooks and crannies.

This was a very special World Heritage site visit for us. Agrigento was set up by Greek colonists around 600 BC, and was among the most important Greek Mediterranean colonies. Here in the world’s largest archaeological park stands the well-preserved ruins of seven large Greek temples including the incredible Temple of Concordia (see video thumbnail). The facade of the temple is so perfect and so iconic, UNESCO use it as the basis for their logo! We had an incredible day walking around the park and visiting each of the temples, one of my favourite days on the whole Journey.

After Greek colonists came the Romans, who first conquered Sicily in 241 BC. The villa here dates from the Imperial Roman period, probably from the 4th century AD, and contains an amazing collection of floor mosaics. Almost the entire floor of the 300 square metre villa has a mosaic tiled floor, many of which are incredibly beautiful. There’s a great variety of scenes too, including mythological tales, hunting, and women doing sport. I also find it amazing that nobody knows who owned the villa! I absolutely love mosaic art, so this day was a real highlight for me.

After the fall of the Roman Empire, the next big influence on Sicily came from the south, specifically the Arabs of north Africa. They ruled the island for around 250 years, before the Normans from northern France conquered Sicily between 1061–1091. Making Palermo the capital of the Kingdom of Sicily (which also included much of southern Italy), they constructed buildings in a very unique style. This style has very clear Arabic influences, but also obvious Norman connections as well, making it extremely fascinating. There was a lot to see in bustling Palermo, and we really enjoyed checking it out – particularly the beautiful mosaics inside several churches.

And finally, we come to the most recently-built of the UNESCO World Heritage sites in Sicily: the Baroque Towns of the Val di Noto. This is a large valley area in south-eastern Sicily which was devastated by a colossal earthquake in 1693. The residents rebuilt their shattered towns in the most popular style of the time – baroque. Here in towns like Ragusa, Noto, Catania, Modica and Caltagirone you’ll find beautiful baroque churches, town halls and apartment buildings. It’s said to be one of the most impressive collections of baroque architecture anywhere in the world, and after visiting several towns I’d find it hard to argue against that claim! We certainly had a lovely couple of days driving around and exploring the area.

And Some Further Viewing…

Sicily is such a beautiful island, with incredible food, culture, history and scenery. We spent nearly two weeks travelling around the island and it wasn’t nearly enough time to really do the place justice. Overall, the World Heritage sites in Sicily are fantastic and I’m extremely thankful we managed to get there.

Or if you’d prefer to see more from the rest of Italy, we’ve now visited almost every World Heritage Site in the country! 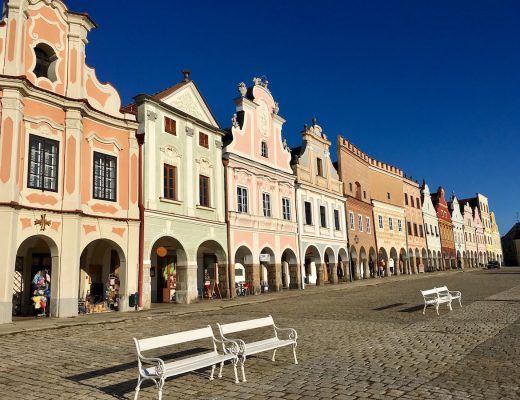 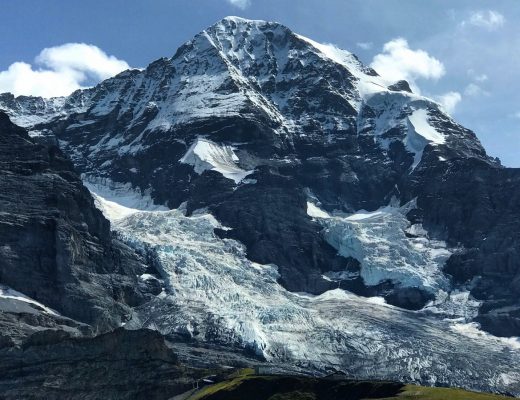 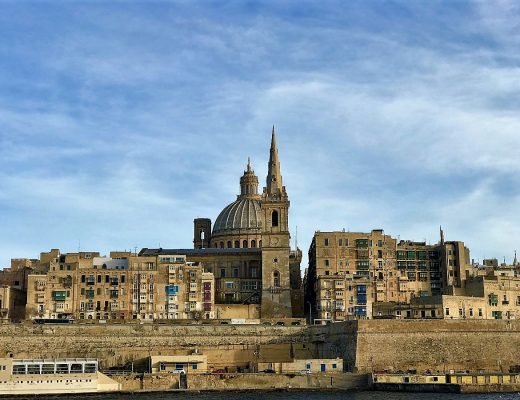