Although most people have heard of the UNESCO World Heritage List, not many people actually know about the process behind it. How are sites selected? How are they maintained? Who pays for it? All of your World Heritage site questions are answered below, so read on for our world heritage question and answer series!

What is a World Heritage Site?

Simply put, a World Heritage Site is a place or landmark that UNESCO (the United Nations Educational Scientific and Cultural Organisation) considers to be of Outstanding Universal Value to humanity. The definition of “Outstanding Universal Value” is intentionally vague, but it basically means the location has value that cuts across political, religious or ethnic lines. World Heritage Sites can be either a single location (eg one building or national park), or it can cover multiple locations (eg a group of similar buildings). Sites are classified as either Cultural heritage, Natural heritage, or a Mixed heritage site (which has Cultural and Natural aspects). Sites can also span countries! 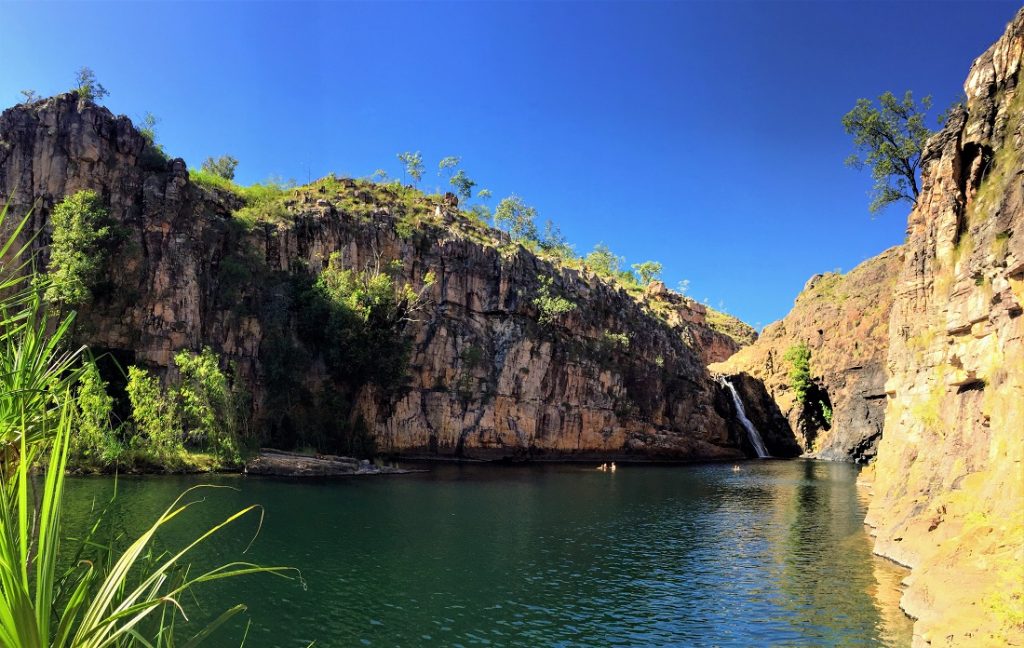 How many World Heritage Sites are there?

How are World Heritage Sites judged?

There are ten criteria that UNESCO uses to judge a site. These are:

How does a site get added to the World Heritage list?

The process is quite long, expensive and time-consuming. It starts with each national government – they put forward places and landmarks they believe are worthy of inclusion on the list. This is accompanied by a large dossier explaining the area covered, why they believe it should be include, and which of the above criteria the potential site meets. It then gets added to the Tentative World Heritage List. As of mid-2019, this has over 1700 entries!

Once on the Tentative list, a site is then Nominated for consideration at the yearly World Heritage Committee meeting (typically held in June). Countries are generally only allowed to nominate one site per year for consideration. Independent assessments of each Nominee site are carried out by the International Council of Monuments and Sites (ICOMOS), and/or the International Union for Conservation of Nature (IUCN).

Finally, at the annual Committee meeting, a vote is taken among the 15 members for whether to Inscribe, Defer, or Reject each Nominated site. Members usually vote in line with the recommendations from ICOMOS or IUCN, though politics sometimes plays a factor! Around 20-25 Nominated sites make it through the process and get added to the official List each year. 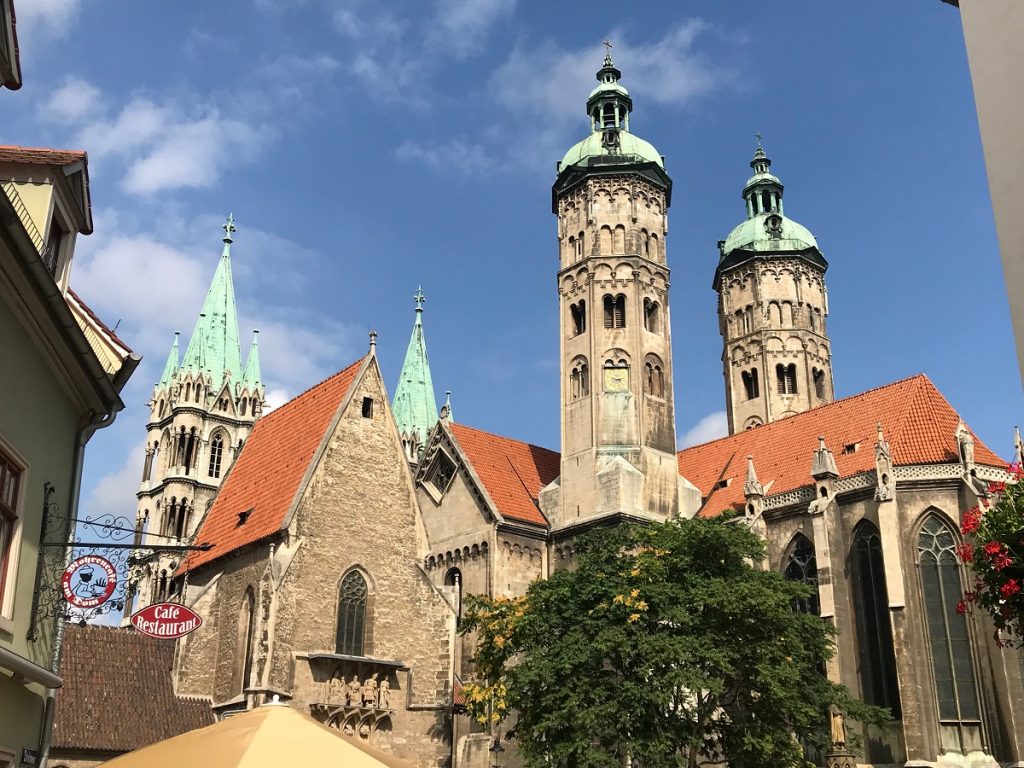 Naumburg Cathedral in Germany: added in 2018

Being on the World Heritage list brings quite a few benefits! In addition to increased tourism, it also classes the Site as a landmark under the Geneva Convention, (theoretically) preventing it from looting and damage in times of war and civil unrest. It also provides a lot of prestige to a country, announcing its accomplishments to the entire world. But it can also bring drawbacks too, particularly the risks of over-tourism and climate change. Some city-centre sites like Liverpool (UK) and Vienna (Austria) have also found it difficult to strike a balance between new development and heritage requirements.

What were the first World Heritage sites?

In 1978, the first meeting of the World Heritage Committee inscribed twelve sites. These were: 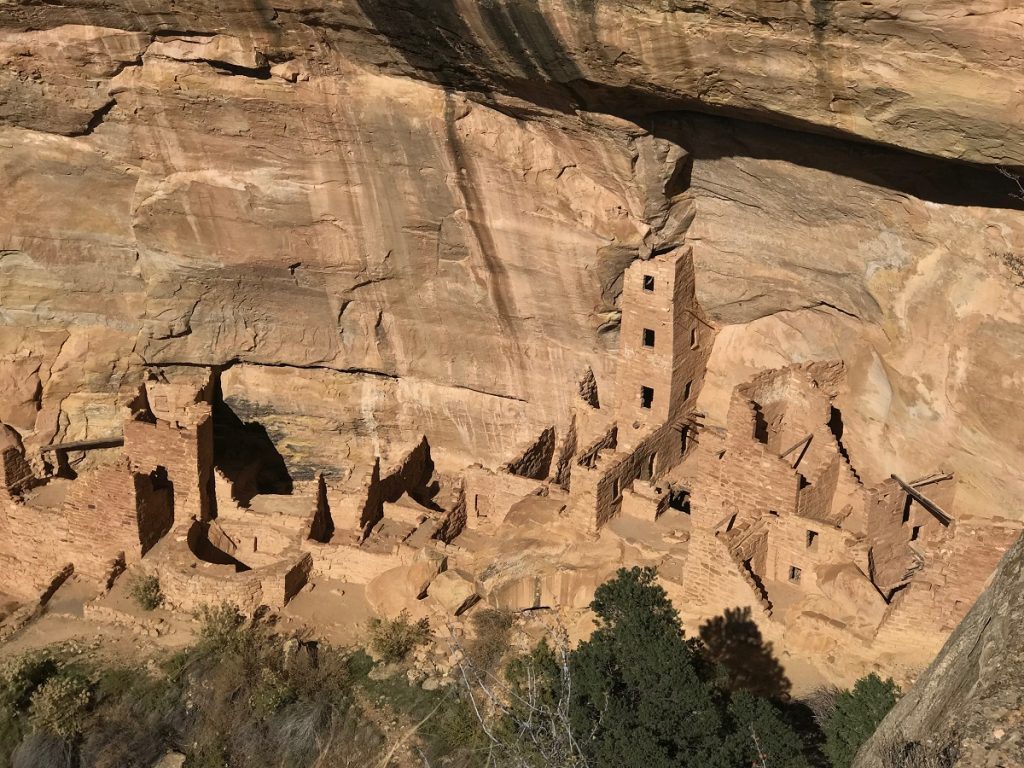 Which country has the most World Heritage sites?

The Struve Geodetic Arc site is located in 10 different countries, making it the most-widely spread site. The Architectural Work of Le Corbusier is one of the only trans-continental sites, with locations in Switzerland, Belgium, India, Japan, Argentina and others.

Which city has the most World Heritage sites? 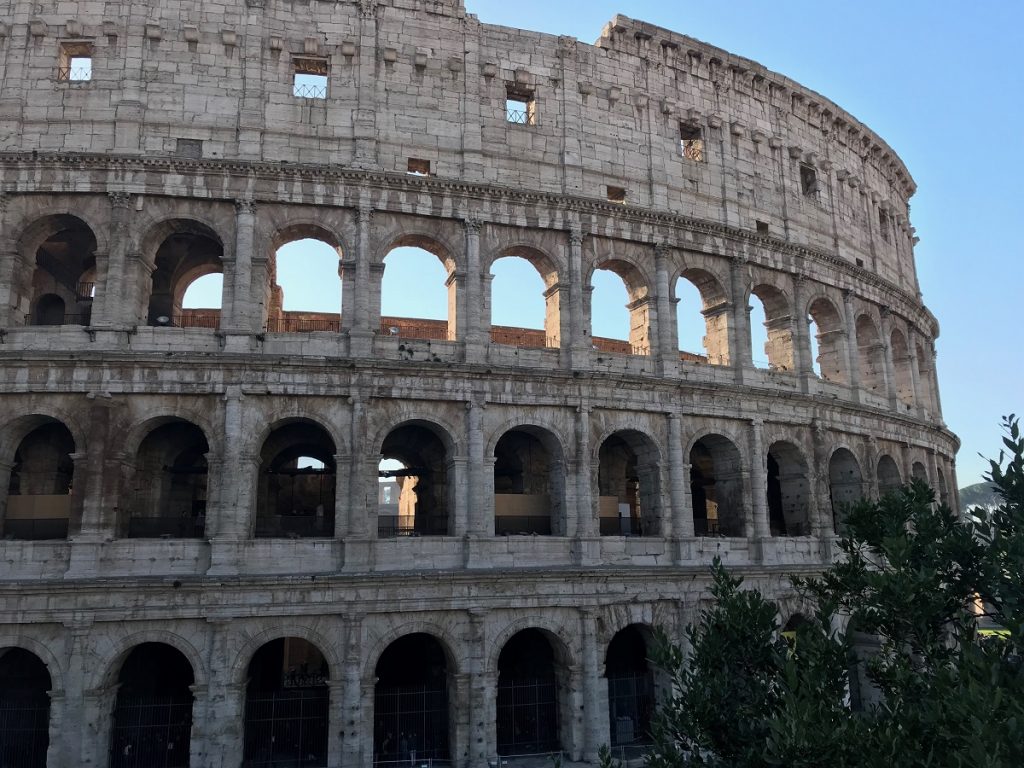 The Colosseum, one of Italy’s most famous sites!

What is the largest World Heritage site?

Phoenix Islands Protected Area (Kiribati) is the largest World Heritage site. It covers an ocean territory of over 408,000 square kilometres, to a depth of 6000 metres. Yes, that’s roughly the size of California!

What is the smallest World Heritage site?

The Holy Trinity Column of Olomouc (Czech) and the Thracian Tomb of Kazanlak (Bulgaria) are tied for the smallest World Heritage site. Both are only a few square metres in area.

What is the oldest World Heritage site?

What is the youngest World Heritage site?

The Sydney Opera House (Australia) is the youngest entry on the World Heritage list. It was only completed in 1973!

What is the most visited World Heritage site?

It’s hard to determine the most-visited site. However, it’s estimated that several World Heritage sites in China see upwards of 15 million visitors each year. This includes the Great Wall of China, and the Imperial Palace in Beijing. The Taj Mahal (India) and Paris, Banks of the Seine (France) are likely the most visited sites outside of China.

What is the least visited World Heritage site?

Similarly, it’s hard to know the least-visited site. However, some sites are completely off-limits to visitors! One example is Decorated Cave of Pont d’Arc (France) which doesn’t admit tourists, though an exact replica has been built nearby. There’s also remote, uninhabited islands where tourists are forbidden, such as Gough & Inaccessible Islands (UK), Papahanaumokuakea (USA), and Surtsey (Iceland). And frustratingly, there’s Stoclet Palace (Belgium) located in suburban Brussels. Apparently one of the most beautiful houses of the early 20th century, but it’s a private home and has never allowed visitors! 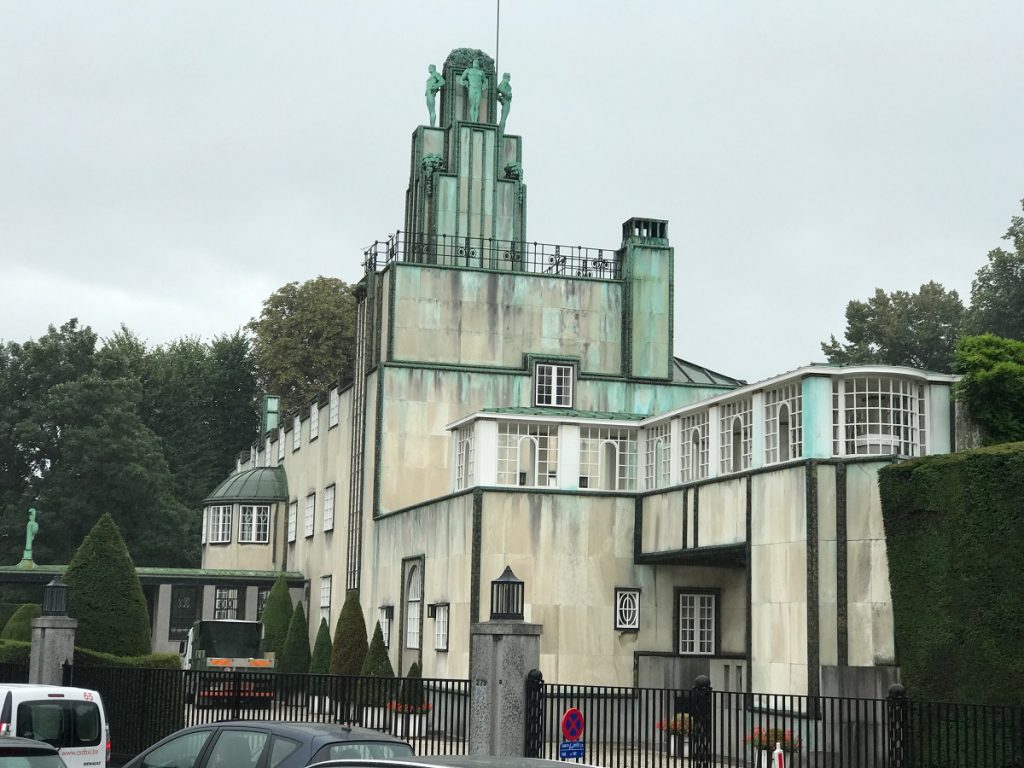 Stoclet Palace, so near and yet so far!

What is World Heritage in Danger?

Our world is constantly changing, and World Heritage sites are no exception. Climate change, natural disasters, human activities and even poor management can have serious consequences for World Heritage sites. As a key part of their mission to preserve the world’s heritage for future generations, UNESCO maintains a separate List of World Heritage in Danger. When a site is placed on the In Danger list, the site’s owners are expected to work closely with UNESCO in managing and solving the problems.

Which World Heritage sites are In Danger?

Currently there are 54 sites In Danger. Some of these include:

Yes! So far, two sites have been removed from the World Heritage list. The Arabian Oryx Sanctuary (Oman) was removed in 2007 at the request of Oman’s ruling sheikh, freeing up space for new oil and gas exploration. More controversially, Dresden Elbe Valley (Germany) was removed in 2009 following construction of a new road bridge. So it’s unlikely to happen, but certainly possible! 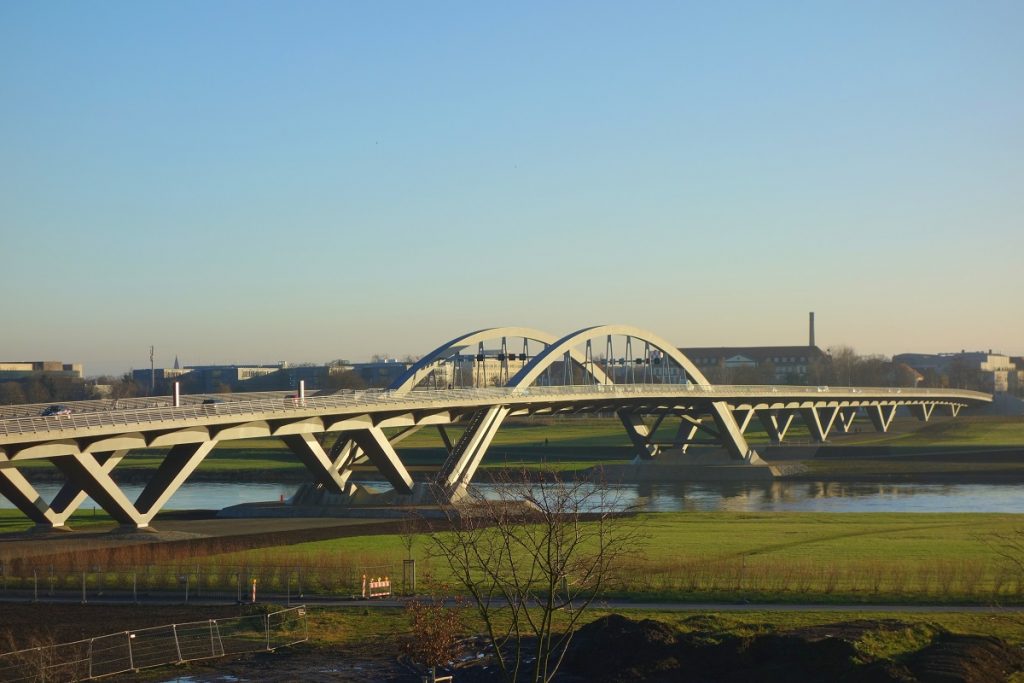 Are there any notable omissions from the World Heritage list?

Certainly. Bagan (Myanmar) is arguably the most significant site missing from the World Heritage list. However, Bagan is nominated for inscription in 2019 and very likely to succeed. (UPDATE 2019: Bagan was inscribed!) Other widely-touted candidates for inscription include Varanasi (India), Santorini (Greece), Mecca (Saudi Arabia), and the Panama Canal (Panama). 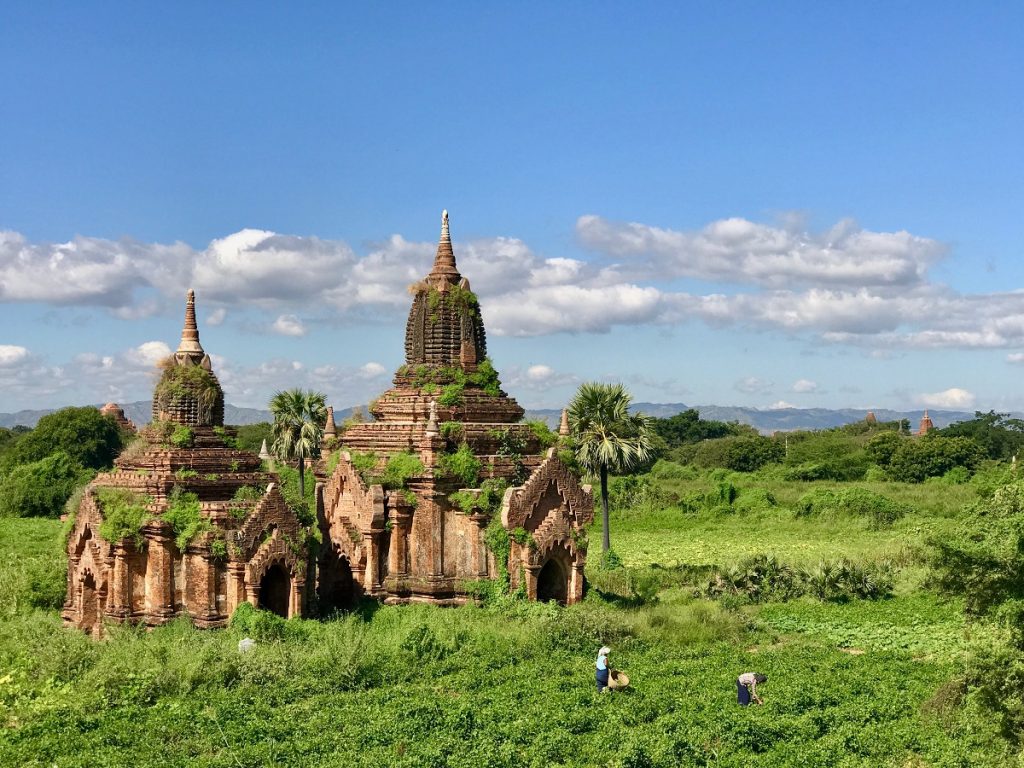 Bagan, Myanmar. Not a World Heritage site, until 2019!

If you’ve still got any questions, please leave us a comment below. In the meantime, consider checking out some of our other articles.

Or our archive of over 450 World Heritage site visits on YouTube! 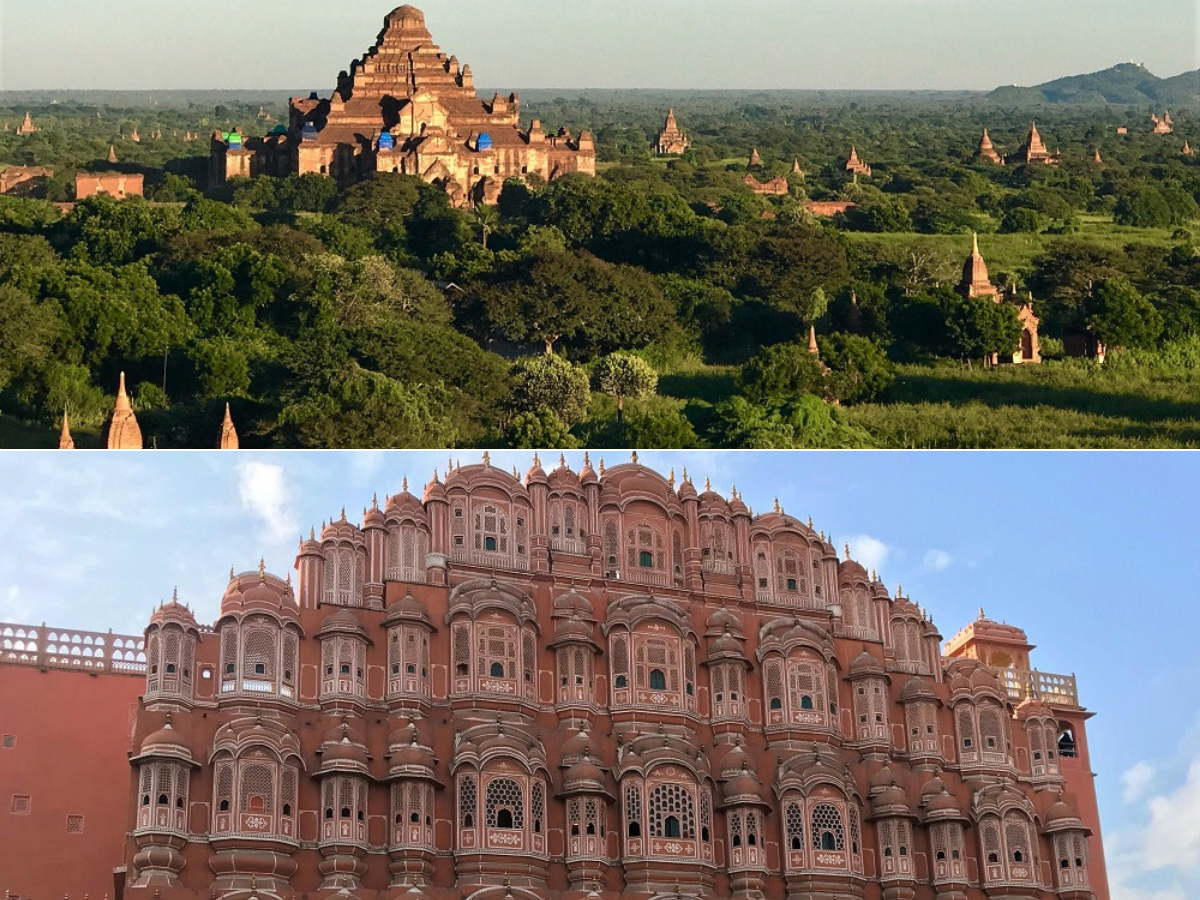